Last time I wrote, I touched on a subtle game mechanic in Star Trek Online which is the antithesis of everything the entire franchise was built upon. To sum it up, a significant part of Star Trek is about the responsibilities of command and how relationships are affected by those responsibilities. So imagine playing a game partly based on command and wielding absolutely no command authority what so ever: it’d be like being the boss of no one but yourself, or being in that army of one all alone.

In Star Trek Online, from the very beginning at the tender rank of lieutenant, players start out as the acting captain responsible for the safety of ship and crew. Initially you start out with four or five bridge officers, dishing out their experience points and determining at which point they should be promoted, generally based on the bridge slot the officer holds. Around the rank of commander you receive duty officers you use to either bolster your ship stats, work on research or accomplish tasks which level you (or your ship?) up on various categories such as trade, diplomacy and military, amongst others.

Throughout the game, however, you actually interact only with your bridge crew as you progress on missions. Everyone else are names and stats on a roster. If being the captain implies that you’re actually in charge of something other than yourself, here is where the game fails us infinitely as the gameplay actually has us piloting, steering, driving your ship across sectors and through planetary systems. Its important to differentiate the difference between command and control as everything we’ve been shown about Star Trek is centered on the captain’s chair. Furthermore, there are past games which exectued the command concept of Star Trek extremely well (25th Anniversary,  Bridge Commander, Echoes of the Past.) So why didn’t we go this route in STO?

I’m sure at some point the game designers had to gage just how best to implement game play and decided everyone wanted to command a ship, I’m just here to tell you that what we do with our ships in STO is piloting, not commanding and to me, that now what Star Trek is about. We all might as well be doing this.

To Fly or to Command… 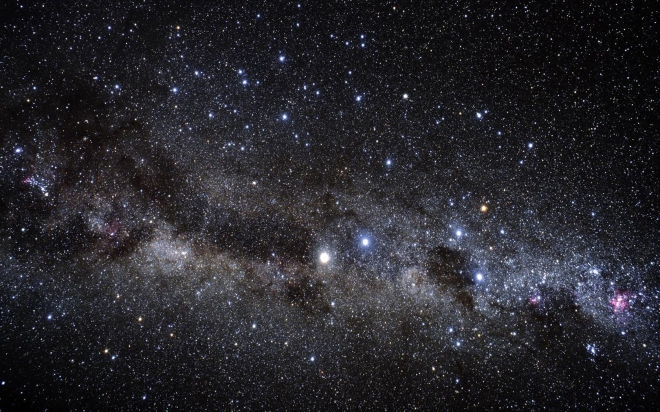 The idea of space is vast and expansive, like the ocean: You plunk in and there’s blue as far as the eye can see. For those of you who play Star Trek Online, you ever notice there are a ton of ships for flying around? In STO, the vastness of outer space is lost to me as ships pass to and fro around mine with everyone from lieutenant to admiral at the helm. Both concepts are as alien to me as a lieutenant commanding a starship (no pun intended.) Why?

Let’s talk about space in game. There are basically two types of space: sector space, where we use warp speed to go from system to system and planetary (solar system) space, where your only option is impulse. In either case, both types of space feel oddly 2D, which could be because the quadrant map of the known Star Trek universe has always been represented as a two dimensional map. Regardless, the enormity of outer space feels boxed in when the player is given a set amount of leeway to fly up and down. Moving from sector to sector has the same feel with the added caveat of sector loading when you cross from one to the other.

Again, I find myself looking to other games at how this could have been done better and can’t help thinking about World of Warcraft. Anyone who’s played WoW and has trained in flying knows you can go farther and higher along the axis on a flying mount than you can on a ship in STO. If you’ve played WoW, you also know that moving from region to region is overall pretty seemless at best, at worst involves the changing of ambient light as you approach the new zone. The concept of a game taking place on several continents feeling bigger than one spanning the universe BLOWS MY MIND.

Someone out there is bitching because WoW is huge and rakes in millions of dollars in subscriptions and content for purchase while STO is free to play. I say they poppycock. WoW just did their game better for the very reasons I mentioned above, which is why it’s so huge today. Someone else out there is telling me to go play WoW then, to which I nicely reply, no, that’s not the point. Sure, I’ve played Warcraft and Starcraft, Diablo and WoW and I enjoyed each one in their own way, but it’s not the point. 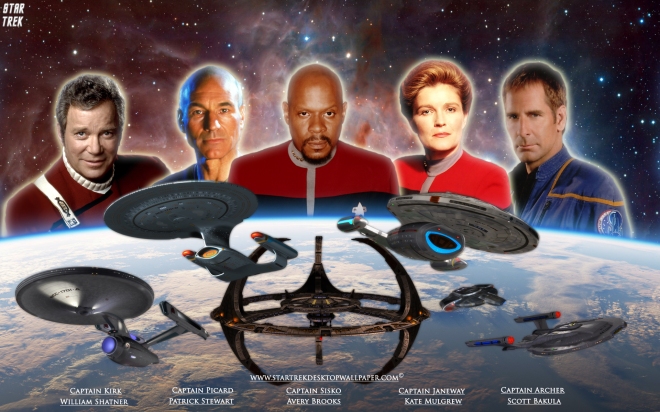 I grew up watching Star Trek. TOS, TNG, DS9, Voyager. Because i grew up watching, I naturally grew up playing Star Trek games. 25th Anniversary,  Echoes of the Past, Bridge Commander,  Starfleet Academy, Starfleet Command, Elite Force. I ate it up and still play STO now because it’s virtually the only thing left out there and unlike the newer Star Trek movies, the game is not living up to the legend of the franchise. 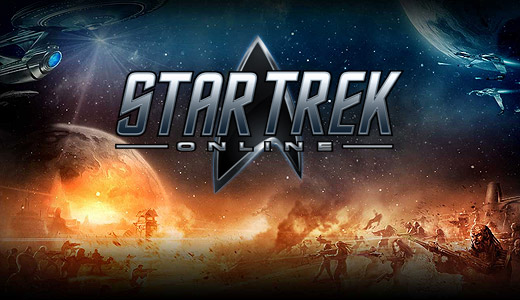 I have a beef with Star Trek Online (STO), which is to say I have a real problem with several aspects of the game when I levy it against the mythos of the universe it’s constructed upon. For those of us who aren’t familiar with Star Trek Online, STO is a free to play, massive multiplayer online game on PC and Mac, and at this point is the successor to the majority of Star Trek canon. For those of us familiar with Star Trek, the game takes place 30 years after the events of Nemesis and includes the destruction of the Romulan home world but not the events in the latest two Star Trek movies. Players have the choice between Federation, Klingon, or Romulan, the races allied with those superpowers, and a career path in either tactical (redshirts), science (blue), or engineering (gold). From there, players work their way up the ranks from a cadet at Starfleet Academy up to Admiral on a variety of missions neatly packaged between ship to ship and ground combat, with an assortment of skirmishes to take part in. Players can purchase ships with in game currency or fork over actual cash for better ships and equipment. 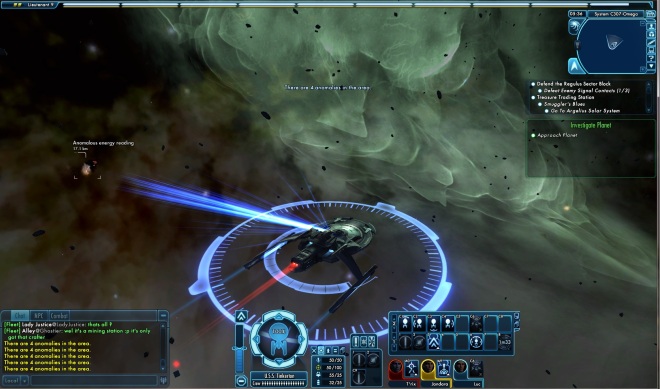 My main character was a Federation Tactical Officer, a female unjoined Trill (if you must know :p). With her, I rose from Cadet to a level 50 Admiral, from a Miranda class destroyer to a Soveriegn class ship. I’d done all the season missions. I thought to myself, what’s left for me now? From there, my voyage to boldly go pettered out and I started to wonder, is this all there is? In my admittedly nerdy way, I started to wonder what it was about Star Trek that hooked me in the first place. The ships and the technology were a big part of the appeal, but predominant in what held me to each and every series were the relationships. The Original Series gave me the feeling that being out there in space was a day at a time affair, like they were improvising because their type of journey had never been done before. This had effects on the crew and forged relationships between them. To my enjoyment, the movies continued to capture those relationships as the crew of the Enterprise grew older, wiser and bolder. Next Generation (TNG) did similar things for me, though I will admit, I was never as impressed with those movies as I was with their predessesors. Deep Space 9 (DS9) was by far my favorite: relationships abound with all sorts of characters from different walks rising and falling in the midst of the Dominion War. Voyager I enjoyed but never finished, and Enterprise I have yet to watch.

Before I stopped playing STO, developers had introduced the ability to explore your vessel. Other players could also visit your ship if you allowed it. Honestly, I thought it was a grand idea until I took my Admiral through the corridors to find non player characters going to and fro, pretty oblivious to her movements. There were other NPC’s available to talk to should you want to craft something, or buy something, or customize something or blah blah blah. I figured out what was missing: their was no life on my ship. There were no conversations, no jocularity, no banter or competition. No one was lamenting about the family back home or making plans for the future. In a universe where captains have officiated marriages,  crew members had given birth, raised children, grown up and lived, my ship and the universe it inhabited seemed comparatively empty. My ship might as well have been crewed by holograms. Starbases feel similar, and in both cases, almost every console your ship is adorned with is only eye candy: look but don’t touch.  My problem is I’m spoiled by two sets of other games.

The first set of games has NPCs who especially on my team, talk. They make random comments about the scenery, or talk to each other every so often. In Bioware’s Dragon Age Origins, Morrigan and Shale were constantly at odds, talking smack on one another. In Dragon Age 2, it’s Varrec and practically anybody else on the team. In another trilogy of Bioware awesomeness, the Mass Effect series, same thing: people talking. People commenting. News reports in the elevators and from kiosks. Earning the loyalty of your teammates. You travel to a community and people talk, amongst themselves, about issues in town, about you, around you and to you. Bethesda’s Fallout 3 and Skyrim bear similar concepts with a caveat: damn near everything can be looked at, touched, used, taken, stolen or sold.

The second set of games which have spoiled me rotten are past Star Trek games: Totally Games’ Bridge Commander, in which you could command your ship much in the way you would in STO, but also allowed you to control the ship exclusively from the frackin’ bridge via your bridge officers, hence the name. BC’s predessesors Starfleet Academy and Klingon Academy bore similar concepts and we’re just as good. Hell, Star Trek TNG had a fantastic game on Sega Genesis and SNES, mere 16 bit systems, and yet they pull off a game which had manageable ship damage control, an accessable LCARs (Star Trek science) library in game among other things. I don’t hear anything about these games nowadays, which is a damn shame. 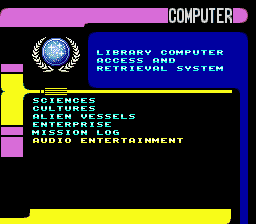 Am I asking too much? I don’t think so, not from a franchise so well established that it’s inspired people to make science fact out of the fiction it depicted.

What do you guys think? Ideas and comments are very welcome.

What the hell happened to Star Trek? (Or My beef with Star Trek Online)